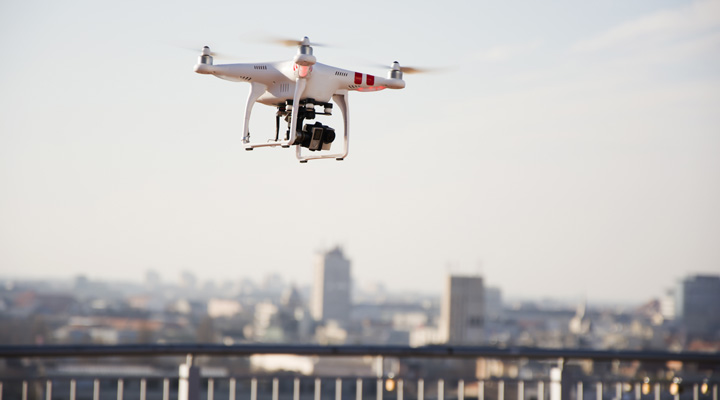 Gradiant’s technologies specially designed for UAVs will be shown

secuDrone is the specialized event for security and drones

Gradiant participates in the secuDrone event, focused on showing the latest developments in security with drones and anti-drones. Organized by APTIE, the day will be held on October 4th in Madrid, designed as a meeting between products and solutions manufacturers and developers with public institutions and critical infrastructure operators.

Among the innovations that Gradiant brings to this edition of secuDrone is the GPS Spoofer technology, which allows generating a false GPS signal to incorrectly position any GPS receiver within its operating range. This module allows to deceive the navigation system based on GPS of an UAV, allowing to modify its trajectory, making it difficult to access restricted areas and forcing its relocation to secure spaces where it can be intercepted or neutralized.

Developed by Gradiant exclusively for Indra, this module is part of the antidron system ARMS (Anti RPAS Multisensor System) of the aforementioned company, which is designed to protect critical infrastructures and official buildings in which the flight of this type of aircraft without authorization It can be a threat. Iago Gómez, co-director of the Advanced Communications at Gradiant, points out that “Indra’s antidrone system is one of the world’s benchmarks and the fact that our technology complements this system is a recognition of the work carried out by Gradiant”. In relation to secuDrone, Gómez highlights the importance of participating in a day like the one held in Madrid, recognized by all the actors involved in the field of security and drones.

During the session, Iago Gómez will present the drone detection, classification, tracking and neutralization system, Counter UAS. This solution is “fundamental in order to validate and give visibility to the work of innovation and development that we have been carrying out with drones, with the aim of providing the best solutions to companies in the sector”, explains Gómez.

Besides, Gradiant is presenting security, defense and victims detections solutions. Alivetor is a drone payload de­signed for the detection of victims after earth­quakes and other catastrophic situations resul­ting in people trapped under debris. Specially designed for alive victims detection, Alivetor is a new tool for first responders that allows them to find survivors in a quick and reliable way. Designed by Gradiant, Alivetor has been awarded at European Satellite Navigation Contest (ESNC 2017).

Alivetor: UAV technology to save lives

Gradiant technologies arrive in the US

Alivetor: UAV technology to save lives

Gradiant technologies arrive in the US