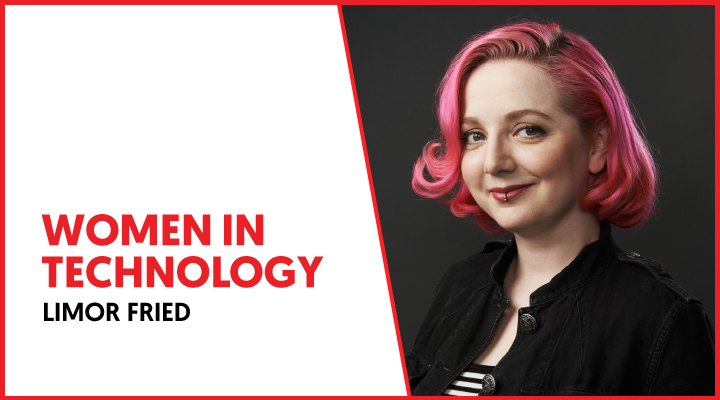 March is women’s month. For that reason, you can read on Gradiant’s blog a new episode of our new section ‘Women technologists’ every Friday, which we started introducing Jude Milhon. Thanks to our colleague Lucía Díaz, today we introduce you to Limor Fried, founder of the open hardware company Adafruit and one of the most influencer women in the technology world nowadays.

“Limor Fired is not just an open hardware influencer, she is absolutely focused on promoting STEM education all over the world”

Who is Limor Fried?

Limor Fried is an American electrical engineer who has revolutionized the open software and hardware world and a maker culture pioneer. She is an advocate of ‘Do it yourself’ trend, so she started to sell electronics kits made of components and tools to help his friends learning electronics in 2005. Just five years later, Fried founded Adafruit Industries, a company that offers open source hardware products and promotes education in different STEM disciplines around the world.

Limor Fried studied Computer Science and Electrical Engineering at the Massachusetts Institute of Technology (MIT) in 2003 and a Master of Engineering in 2005. As a student, Fried created a Social Defense Mechanisms: Tools for reclaim our personal space project, based on critical design and  ‘Do-it-yourself’ spirit. In line with this philosophy, she joined to the Eyebeam Art and Technology Center in New York, that promotes the creative use of new technologies and research collaboration and experimentation at the intersection of art, technology and culture.

Fried is always working on the same goal: To bring different electronic know-how to people so that they can build their own design. Under this idea, she founded her successful company Adafruit Industries, focused on selling electronic device kits with open source licenses that allow customers to play and manipulate the final products. Fried also wanted Adafruit to be focused on engineering education, so she describes her company as “an educational company with a gift shop on the way out”.

Limor Fried is one of the most popular maker culture personalities in the IT world. For this reason, Fried is also implicated through her company in the educative sector, where she works with schools, libraries and labs to approach engineering and electronic fields to more people.

On the Internet, Limor Fried calls herself Ladyada to honor Ada Lovelace, the first female programmer in history. The tribute continues in her company’s name, Adafruit, and also on ladyada.net , her first website created to host electronic resources and devices.

Fried – or Ladyada – received the Pioneer Award from the Electronics Frontier Foundation in 2009 for her participation in the open source community. In addition, she was the first engineer to appear on the Wired magazine cover, and Fast Company included her on its 2011 list of most influential women in technology. In 2012, Entrepreneur magazine honored her as Entrepreneur of the Year in the USA. When the media ask her about those awards, she says, “If there’s one thing I’d like to see, it would be for some kids to say to themselves, ‘I could do that’, and they begin the journey to be engineers and entrepreneurs”.