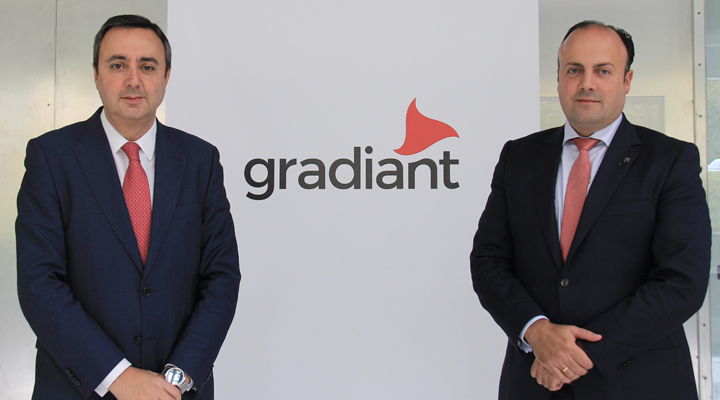 Ramos, who replaces Domingo Docampo, has been General Director of R since 2016

The change in the presidency comes at a key moment for Gradiant, which is committed to strengthen and enhance its orientation towards the business sector and the improvement of competitiveness of Galician industry in the current context of digital transformation, through its lines of work in connectivity, intelligence and security. The choice of Ramos has been unanimous, as all employers share the strategic vision of the centre to position Gradiant as the ICT reference centre within the ecosystem of innovation, strengthening its position at both national (it is currently the third private technology centre of these characteristics in Spain) and international level.

The newly elected president has declared that “it is a satisfaction that a centre like Gradiant has given me their confidence to chair this Board. With my experience in the technology and business sector, I will try to maximize the work that for competitiveness and innovation has developed Gradiant throughout this decade and also work to keep open the permanent collaboration with business world”.

Alfredo Ramos is a telecommunications engineer at the University of Vigo, Master in Commercial Management and Marketing by IESIDE, Master in Telecommunications Management by EOI and Management Development Program by IESE. Ramos joined R in 1998 as Product Manager. He was Commercial and Residential Marketing Manager and Director of the Residential Division for 10 years. Since 2016, he has been the General Manager of the Galician operator and a member of the Management Committee at Euskaltel Group.

Luis Pérez Freire, executive director at Gradiant, emphasizes that “the results of our R&D have been applied by entities of all sizes and in multiple sectors, thanks to the support of companies that have believed in our work from the beginning”. In relation to the change in the presidency of the board, Pérez Freire points out that “the choice of Alfredo Ramos is undoubtedly a great sign of confidence from business sector, and constitutes a definitive impulse to consolidate all the work that we have been developing in our first ten years”.

Gradiant is a technology centre oriented to companies needs, contributing to the improvement of the competitiveness of the Galician industry through R&D and innovation in the ICT field. In ten years, it has developed and implemented in the market a total of 258 projects and has managed to locate in Galicia a qualified employment base made up of 109 engineers, researchers and experts in developing innovation in the field of telecommunications. In the period 2008-2018 Gradiant has received directly more than 35 million euros and mobilized a total of 220 million euros in R&D&i from Galicia.

During 2018, Gradiant has reached agreements with two of the largest telecommunications companies in the world: Samsung, for the integration of its dynamic signature verification technology (DSV) in the Galaxy Note devices; and Telefónica, to establish in Galicia a cybersecurity innovation centre.

Gradiant doubles its members and incorporates Abanca to its board

Gradiant doubles its members and incorporates Abanca to its board