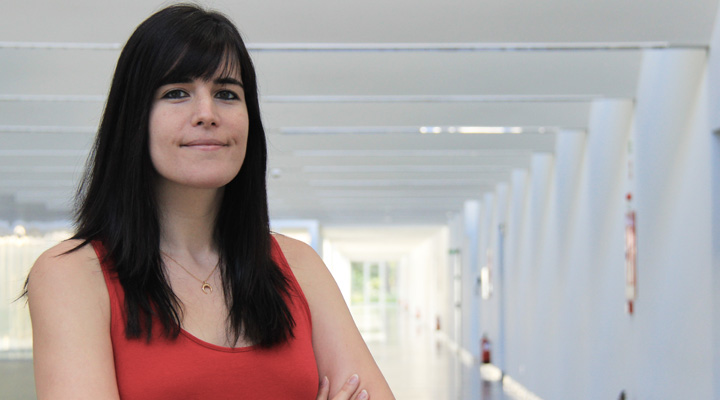 This time, we introduce you to our colleague Lilian. Telecommunication Engineer, Master in Telematics Engineering and Master in Industrial Innovation and Process Optimization, our colleague is from Oleiros (A Coruña) although she lives permanently in Moaña. Since 2009 Lilian has been part of the team as a researcher in Gradiant’s Services and Applications area and in her free time she loves to practice sports -her favorite, pilates– and go to the movies, although she confesses that if she had to decide on a single hobby she would be traveling: she has visited more than 20 countries, spread across Europe, America and Asia.

When I was a child I wanted to be an archaeologist or paleontologist, probably influenced by the films of that time like many people of my generation. When I got through that time, still in school, I realized that what I really wanted to do was to be a computer scientist, since at that time I still didn’t know the career of ‘teleco’.

It was always clear to me that I wanted to study something related to science. I liked the challenges and understanding the way things worked, so I chose one of the more complicated options I found to prove myself and see how far I could go.

It was clear to me that I wanted to study close to home and the technological options were mainly limited to two: computer science or telecommunications. Orientation talks in the first one were not motivating, so I finally decided to do ‘teleco’ in Vigo.

Since I joined Gradiant I have almost always been working on security questions, although I have also worked in other areas on an ad hoc basis. I am currently working on data anonymization. In short, our aim is to protect the privacy of individuals and their personal data when they are to be processed in any way.

What I like most is that it is a dynamic job, in which it is necessary to have a versatile profile, since we have to carry out very diverse tasks every day. Creativity, freedom to work and the good environment in Gradiant are also key aspects for me.

I have to confess that, when I tried to answer this question, I realised that I did not have any. Unfortunately, women still have less visibility in this area than men, although I sincerely hope that this situation will gradually change. In the field of security, this is even more pressing, as we are still fewer women in proportion. In fact, today more and more events are being organized to begin to make ourselves visible in this area.

I would tell them not to impose any limits on themselves. Technology has always evolved quickly, but now it is doing so even more so. To engage in this area – and even more so in research – it is important to be creative, tenacious and well adapted to change. Above all, it’s important that you like what you’re doing, although I think this is fundamental to any kind of work.