The technology centre joins forces with entities from 6 countries

Gradiant is working together with European entities from 6 countries in the development of a software to improve the care of cancer patients. The project, called Trumpet (Trustworthy Multi-site Privacy Enhancing Technologies), aims to improve and guarantee privacy by sharing cancer patient data between different European hospitals and using artificial intelligence to learn from the most successful treatments and improve patient care.  According to World Health Organisation data, 2.7 million people were diagnosed as cancer patients in Europe in 2020.

Trumpet project is a European collaborative initiative involving organisations from Belgium, Spain, France, Israel, Italy, Italy and the UK. The project is included in the framework of Horizon Europe as part of its Civil Security for Society section. The first meeting of the working team, which will involve around twenty professionals from different specialities, is taking place in Vigo this week. The Trumpet project is being funded to the tune of 5 million euros.

The task of the Vigo technology centre is to lead the project and generate the necessary knowledge and software so that data cross-referencing takes place with total respect for privacy. The application of artificial intelligence to patients’ medical records will also make it possible to define personalised treatments and generate common knowledge among healthcare staff to improve patient care. The innovation will be tested in 2023 in hospitals in Belgium and Italy.

“Until now, sharing patient information to improve their treatment through common knowledge is impossible due to the data protection laws that apply in each of the European Union countries. Trumpet aims to make it possible to share this data in order to learn from it and design better treatments through collaborative research, while respecting the privacy of individual patients. This is precisely one of the objectives pursued by the European Commission with the European Health Data Space initiative, which stems directly from the European data and artificial intelligence strategies. The tools that will be developed in Trumpet will be key to the successful implementation of this European Health Data Space” explains Luis Pérez Freire, CEO of Gradiant.

Gradiant innovation in the European Parliament

Trumpet is not the first innovation of Gradiant against cancer. The technology centre and the collaborating entities in the Persist project have developed an AI-based system to prevent relapse in colon and breast cancer patients. The clinical validation of the system is being carried out in four European hospitals. The innovation has just been presented at the European Parliament as part of its sessions during breast cancer awareness month.

The R&D&I solution allows patients to be monitored through a smartband, which monitors their vital signs and the recording of video diaries in which patients describe their situation. By using artificial intelligence, the tool can collect and generate additional information about the patient, as well as predict the evolution and trajectory of their illness, so that intervention can be taken when they are at risk.

The healthcare professionals, for their part, have a web application where they can monitor the situation of patients in real time and generate alarms in the event that the health of some of them deteriorates. The innovation has already been tested by more than a hundred patients in four European hospitals in Slovenia, Belgium, Latvia and Spain.

Gradiant has reached in 2021 its historical revenue record, with 6 million euros in R&D&I projects conceived and developed from Galicia. The Telecommunications Technology Centre has increased its turnover by 15.4% compared to the previous year, with a 50.2% growth in the sale of patents and licenses and 71.2% in projects commissioned directly by companies. 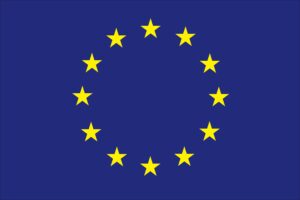