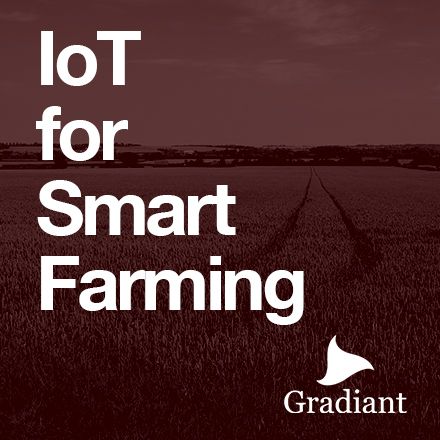 The Alliance for Internet of Things Innovation (AIOTI) and especially the AIOTI working group on Smart farming and food security (WG06), wich is led by Gradiant, welcomes the recent adoption by the European Parliament of two reports of much relevance to the mission of the group. WG06 contributed to the reports on “Enhancing innovation and economic development in future European farm management”. An explicit recognition of AIOTI is included in the European Parliament’s report.

During last month of June, the European Parliament voted and approved two reports of much relevance to the mission of AIOTI WG06 on smart farming and food security. They are the report “Technological solutions for sustainable agriculture in the EU”, prepared under the initiative of MEP Anthea McIntyre (ECR, UK), and the report “Enhancing innovation and economic development in future European farm management” prepared under the initiative of MEP Jan Huitema (ALDE, NL).

Both reports received the approval of the majority of the European Parliament Strasbourg Plenary on 7 June, after undergoing a debate on Monday 6 that involved the EU Commissioner for Agriculture and Rural Development Phil Hogan.

McIntyre’s and Huitema’s reports, together, set innovation in farming high on the EU’s political agenda, and provide an important political backing to the benefits that the adoption of smart farming techniques and, more broadly, innovation can bring to the EU’s agricultural sector.

AIOTI working group on Smart farming and food security (WG06) welcomes the approval of both reports, since they foster the adoption of modern farming techniques, including those based on IoT, Big Data, and recognise the great potential of these in leading to a more productive, sustainable, and environmentally responsible food production. Both texts call for the involvement of farmers and the rest of stakeholders in the process of innovation and adoption of such modern techniques.

These key messages are fully aligned with the AIOTI’s mission to help accelerate the adoption of the IoT in the EU’s economy, and with the inclusive nature of our Alliance, which is especially reflected in AIOTI WG06 which features a rich range of stakeholders across the whole food value chain, from IT and machinery industry to IoT innovators.

AIOTI WG06 has been actively following the drafting process of both reports since late 2015. On 14 January 2016, Gradiant’s Executive Director and WG06 Chair, Luis Perez-Freire, moderated a panel session during an event focused on digital agriculture that featured MEP McIntyre, during which there was general agreement on the benefits that IoT and ICT can bring to farming and farmers across the EU.

Our WG06 had also fruitful interactions with MEP Huitema’s team during the drafting phase, contributing to it on the basis of the Recommendations Report produced by WG06 in 2015, and we are really proud that his report includes an explicit recognition to our Alliance, welcoming “the creation of the Alliance for Internet of Things Innovation (AIOTI) (Working Group 06) on ‘smart farming and food safety’”.

This not only recognises the good work that WG06 has put together during 2015, but is also one of the first examples of how AIOTI can contribute and deliver on its mission at policy level. Our WG06 is determined to intensify interactions and cooperation with policy makers and public administrations at EU, national and regional levels during the next phase of the Alliance, given their influential role as facilitators of an accelerated adoption of the IoT and, more broadly, innovation in EU’s farming.

For further information on Gradiant, IoT and AIOTI’s WG06:

Iot For a Data-Centric Food Chain