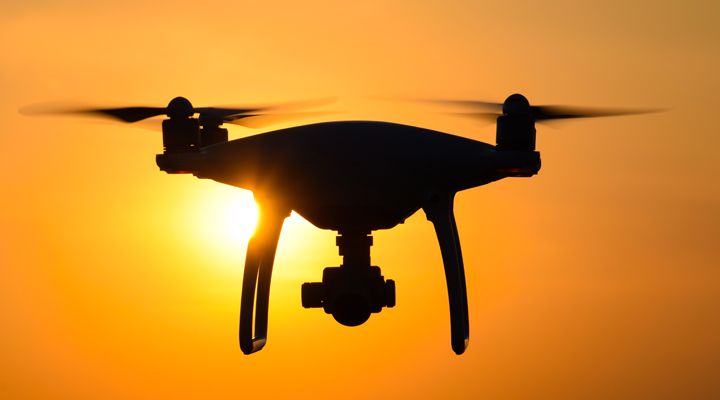 Drones or Unmanned aerial systems (UAS) have been used for military applications for more than 20 years. Their high cost and restricted market meant they were extremely difficult to be acquired and therefore did not traditionally represent a problem for civil safety. This situation has changed dramatically in recent years, as UAS are becoming cheaper consumer electronics goods at easy reach of the general public. Thus, UAS sales have grown exponentially[i],[ii] as the price of the technology continues to decrease every year. In this context, today it is not only possible but relatively easy even without prior technical knowledge or training, to acquire and operate a HD camera equipped drone capable of flying few kilometers with a preprogrammed route.

Beyond commercial and technical considerations, this availability has resulted in an increasing number of incidents involving UAS, some of which have exposed the vulnerability of critical infrastructure such as nuclear power plants, airports and prisons[iii] as well as mass gatherings[iv] to a new and potentially deadly threat. Moreover, while most of the reported incidents so far have ultimately been caused by either negligence or technical failure, the use of UAS has also been identified as a potential threat when in reach of organized crime and terrorist organizations, often at the forefront of the use of technology innovations.

In this scenario, it’s not surprising that the detection and neutralization of low, slow and small (LSS) UAS is quickly becoming a high priority in the agenda of law enforcement authorities all over the world. Thus, a number of public administrations have started to tender for systems that can provide these defensive capabilities in different operational scenarios.

This threat has also been identified and well documented by the North Atlantic Treaty Organization (NATO) Industrial Advisory Study SG-170 “The Engagement of Low, Slow and Small Aerial targets by GBAD (ground based aerial defense)”. This document is the result of a 10 year study including the analysis of LSS UAS engagement, which consists of detection, classification, and neutralization. The study specifically addresses the current and near-future threat spectrum, applicable sensors, potential neutralization techniques (called effectors), integration into existing GBAD architecture, and the existing gaps in security technology. This report has been followed by SG-188 and then SG-200. The main conclusion of these reports is no sensor type alone can provide sufficient tracking and identification capabilities in order to offer a reliable and effective defense against LSS threats. A secondary conclusion of these reports is that it is necessary to develop new technologies to address the problem in an effective way.

The remaining of this paper is structured as follows: In the next section, a review of approaches to the counter-UAV problem is presented, including a review of common operational frameworks, as well as the most relevant technology building blocks. Next, the proposed counter-UAV solution is introduced, from the point of view of its architecture and the specific sensors and modules considered. This section also illustrates a set of preliminary results of the proposed system. Finally, in the last section several significant conclusions are pointed.

The complete report can be downloaded introducing your email

[ii] National Purchase Diary (NPD) Group, “Drone Dollar Sales for the Past 12 months were Three Times Higher than Sales from Prior Year”, May 25, 2016.