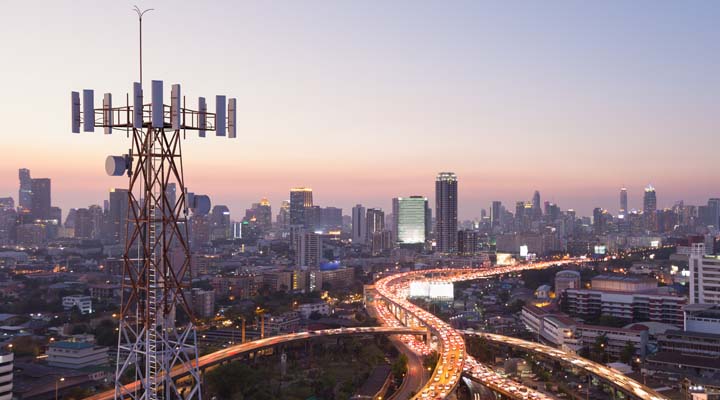 The possibilities offered by 5G technologies are practically endless, but it is necessary to know from the inside all the advantages that these technologies provide to companies. The work we are developing within the framework of the Open-VERSO National Network of Excellence allows us to specialize in 5G enabling technologies.

In this fourth installment of the series on 5G technologies and mobile communications, we will focus on broadcast communications. We have been hearing the word broadcast associated to mobile networks for many years, both in the media, flooding the press reports, and on every mobile operator’s lips, who with this promise attempt to make their offer more attractive, but… what is broadcast? What advantages does it offer? And above all, why isn’t it a reality yet?

Broadcast, much more than television

Broadcast communications, in essence, are a way of providing content to numerous users using the least possible number of network resources. Unlike traditional communications, in which communication is carried out point-to-point with a bidirectional link between the network and a user terminal, broadcast communications allow certain content to be sent simultaneously to all those users who are within the radio cell coverage. In this case, the link is unidirectional, where the information flows in a single direction, from the network to the users (downlink).

An example of broadcast communication is the Digital Terrestrial Television (DTT), in which a series of base stations transmit, in a synchronized way, certain multimedia content through a radio frequency link and any user with a proper receiver is capable of decoding these signals, being able to access its contents.

This type of communication is highly scalable since it allows the network to make use of a single data channel per content, guaranteeing identical quality of service (QoS) to all users who wish to join this session and without increasing the consumption of resources on the network. Other advantages arise from this, such as savings in infrastructure, better use of the radioelectric spectrum, preventing network congestion at important events or the possibility for the mobile operators to offer more economical plans to their users.

There are certain applications that can benefit greatly from this broadcast technology; to cite a few examples:

Over the years, several broadcast standards have appeared, such as DVB-T (mainly in Europe) or ATSC (in the United States, Mexico, Canada, etc.), among others. Given that this type of technology is enabling a large number of new applications, little by little there has been a growing interest in how to bring this technology to mobile devices. For this reason, since Release 9 (published in 2009) the 3GPP, the body in charge of setting standards in mobile communications, has tried to incorporate a mode of operation that allows the transfer of broadcast services to user terminals, but it has not been until recent years that this technology is reaching its maturity.

After numerous modifications and improvements in successive releases, currently, Releases 14 and 16 specify the profile known as FeMBMS (Further evolved Multimedia Broadcast Multicast Service) or more commercially known as enTV (Enhanced Television), which is an operating mode specifically designed for broadcast services. Thus far this mode of operation is only available for LTE networks, so in some places it is mentioned as LTE-based 5G Terrestrial Broadcast.

However, despite all the improvements there is still a great problem to be solved: for the time being there are no commercial user terminals that support FeMBMS. Although there are already many chipsets integrated in commercial terminals that do support FeMBMS, the mobile manufacturers are not installing the necessary firmware on the terminal. This decision is motivated by several factors, such as the fact that a high initial investment in infrastructure is required or that there is yet no “killer application” that requires the FeMBMS profile and could attract new investors.

In summary, the future of broadcast in LTE networks is uncertain, but this is not the case for  5G New Radio. In the upcoming Release 17, announced for the beginning of 2022, there are several items addressing a broadcast mode for 5G networks, which will use LTE FeMBMS profile as a reference for its design, adapting it to the new network architecture and taking into account the new possibilities 5G offers.

Gradiant has launched XoIA-5G, a laboratory of advanced 5G mobile communications technologies -supported by artificial intelligence- that has a deployment of a communications network operating under the FeMBMS profile, in which a transmitter node acting as a base station can broadcast content to different receiving nodes that act as user terminals. This FeMBMS deployment offers end-to-end broadcast connectivity, which will allow us to develop and test applications and services that make use of this technology.

In the future, with the publication of Release 17 of 3GPP in early 2022, we will try to evolve the laboratory to also be able to deploy broadcast communications over 5G New Radio networks.

XoIA-5G has the support of the Galician Innovation Agency and the co-financing of the ERDF 2014-2020 Operational Program of the European Union, with the aim of promoting research, technological development and innovation.