Until a few years ago, UAVs (or drones) were used exclusively in the military field. In fact, a core part of the military policy of US President Barack Obama was to reduce the presence of US troops in conflict scenarios by replacing them with unmanned aerial vehicles.

Not only military applications

However, “technology has been perfected to such point that can now be used in the civil area and private markets, with an extensive number of applications” said Gretchen West to BBC few years ago.

And this is a big deal in the making: according to Teal Group, the civilian use of drones will generate an economic impact that could exceed 10,244 million euros for 2023.

Civilian applications of drones (unmanned or remotely piloted) are huge: from border control to surveillance and security. But also, for much more “friendly” uses: sea rescue, control or spraying of fields and farms, fighting wild fires, or assistance and relief operations in natural disasters or humanitary emergencies.

A strategic market for Galicia

Recently, Galician Government has chosen the companies Indra and Inaer as partners to lead the Civil UAVs INITIATIVE , a pioneer project in Europe that seeks to promote industrial and technologicl development of Galicia as a civil UAVs pole, leveraging existing infrastructure at Rozas Airfield (Lu.), and adding a significant investment of human and material assets through public-private collaboration. Gradiant, as the ICT Technology Centre of reference in Galicia, and one most important innovation agents of Galicia, also have an active and important role in the future development of this project.

The pilot program of a giant player on online commerce such as Amazon, using small drones for ecommerce delivery (Amazon Prime Air), although not too practical at such an early stage, got a strong media impact, and above all, demonstrated that the technology that could enable such applications is in a relatively close state of development to its practical application. Moreover, the hype that Prime Air generated, with huge coverage on social networks and mass media, shows that the public is very interested in learning more about UAVs.

UAVs have democratized filming aerial scenes, have provided spectacular images of sporting events on a global scale with minimal operating cost, they are already being used in Brazil to control its “triple border” with Argentina and Paraguay… And of course, we all know someone who uses small quadricopters or even octocopters as toys (still relatively expensive indeed but, hey! those little flying things are tons of fun!). 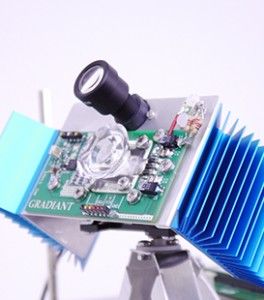