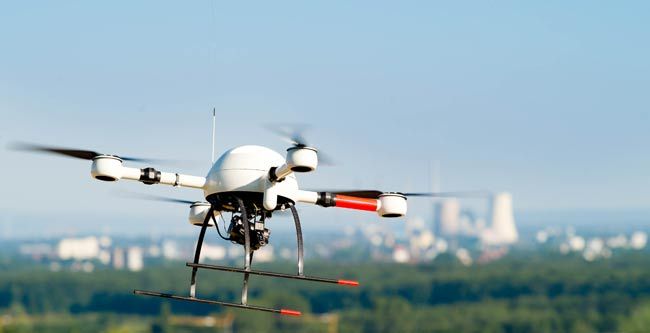 Nowadays, most of us have heard about the term UAVs (Unmanned Arial Vehicles), also known as drones. Within this denomination it is possible to include any kind of aircraft, independently of its size or shape, in which the crew is not on board. Although most of the flight can be done in an autonomous way, UAVs usually have a pilot at ground control, who can manage one or more aircrafts. That is why, over the last years, it is more usual to hear about RPA (Remote Piloted Aircraft) to emphasize the existence of a human supervisor that could override the autopilot flight.At the beginning, more than 30 years ago, drones were strictly used for military applications. For many years the drones played a fundamental role in the development of many armed conflicts by means of surveillance and spy missions behind enemy lines, sometimes even carrying out attack missions. Its range, size and the fact than they do not compromise the pilot’s life were their main advantages. As years goes by, UAVs migrated to the civil field, where they mainly targeted image and video capture applications, although their possible applications are unlimited: cartography, surveillance, search and rescue missions, school of fish location, inspection of hazardous zones and even more.

Despite the fact that RPAs have been operating for decades, they still cannot be considered as a mature technology since there are still open challenges regarding their design and construction. In this sense, they need to improve their communication systems in order to achieve both higher ranges and information transmission rates while developing systems that allow coexistence among the same airspace with traditional aircrafts, in particular, those able to detect and avoid possible collisions (sense & avoid systems). At present, there are many works involving the improvement of positioning and location systems with the aim to increase its precision and contributing to the UAV’s autonomy. However, the lack of a regulation involving the UAVs operation or even a set of rules that could manage the operation of this kind of vehicles hinders and slows down new developments on these technologies.