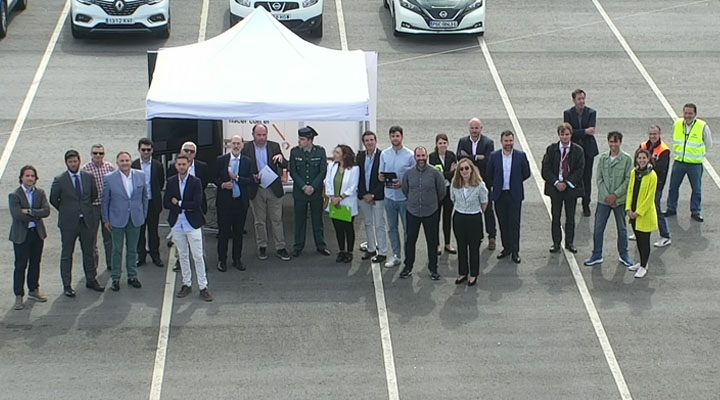 On Thursday, May 19th the Port of Vigo hosted a demonstration of the use of the 5G network with a surveillance system that includes the deployment of drones with very high resolution cameras and intelligent video analysis techniques to detect the presence of people in unauthorised areas, and the capacity to automatically generate alarms in real time. This pilot has been developed by Orange, Gradiant and Ericsson.

The system demonstrated takes advantage of the 5G network to improve and extend communications coverage between unmanned aircraft and the control centre on the ground, as well as improving image transmission. The use of artificial intelligence for video analysis will enable this security system to detect unauthorised persons and generate real-time alerts to alert the control centre of possible intrusions.

Thanks to the 5G network, minimal latency and high reliability for data transmission are achieved. Both parameters are essential for autonomous decision-making in drone operations. In addition to this, the computing capabilities of 5G networks are exploited through Multi-access Edge Computing (MEC) – a server located very close to the network – which allows for reduced latency in image processing compared to a solution deployed in the cloud.

The demonstration took place in the Port of Vigo and was attended by Pilar Chapela Villanueva, managing director of Retegal, a public company of the Xunta de Galicia; Francisco Javier García Vieira, director of Servicios Públicos Digitales en Red. es; and Lara Rubianes Escribano, responsible for 5G National Plan for Galicia; accompanied by Jesús Vázquez Almuíña, president of the Port Authority of Vigo, and representatives of the companies developing the project, among them: Óscar Aragón and Jesús Costoya, territorial director of Institutional Relations and responsible for Key Accounts of Orange in North Zone, respectively; and Luis Pérez Freire and Luis Pérez Roca, general manager and director of the Advanced Communications area of Gradiant.

This project is part of the National 5G Plan, the programme for the development of 5G technology pilot projects implemented by Red.es, promoted by the Ministry of Economic Affairs and Digital Transformation and co-financed by the European Regional Development Fund (ERDF) and through the joint venture formed by Cinfo, Orange, Gammera Nest and Optare Solutions.