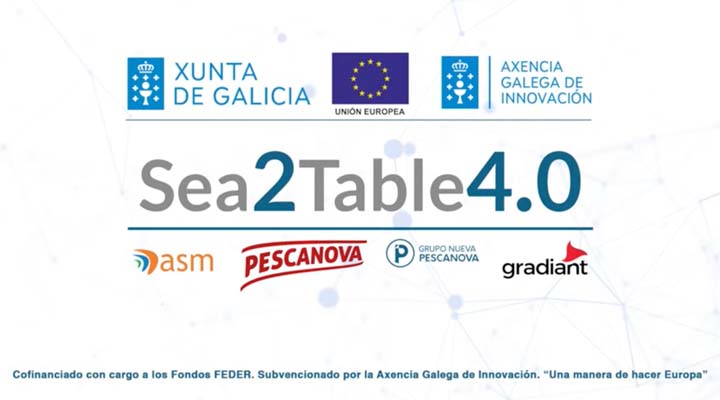 The digitalisation of quality control and product traceability, as well as a prototype of a digital twin of the factories, are some of the steps already taken to implement the smart factory.

In this initiative, called Sea2Table4.0, the company ASM Soft and the technology centre Gradiant are collaborating with Nueva Pescanova.

Gradiant, ASM Soft and the Nueva Pescanova Group have presented the progress achieved during the first year of Sea2Table4.0, the R&D&I project led by the Galician multinational to develop smart food factories. This initiative has the collaboration of ASM Soft and the Gradiant technology centre, and its objective is to promote sustainability and efficiency in the production of its products through the application of technologies such as sensorisation and artificial intelligence, among others.

Thanks to this project, Nueva Pescanova will digitise the supply chain, gaining agility in decision-making and the consolidation of information from the Group’s three industrial centres in Galicia. To this end, work is being carried out on a prototype of Fábrica Pescanova 4.0 that integrates business management, production and the supply chain in a cybersecurity environment in the cloud by applying artificial intelligence or blockchain.

In addition, a prototype of a multi-factory digital twin has been implemented, with an integrated architecture that enables the management of information from three of the company’s factories in Galicia and which, in the future, will be applicable to the 17 factories owned by the Nueva Pescanova Group in various countries around the world.

The Sea2Table4.0 project is subsidised by the Galician Innovation Agency and co-financed by the European Regional Development Fund (ERDF) “A way of doing Europe”. Supported by the Regional Ministry of Economy, Industry and Innovation of the Xunta de Galicia, it is part of the fourth call for grants of the “Factory of the future, smart and sustainable factory of Industry 4.0” programme.