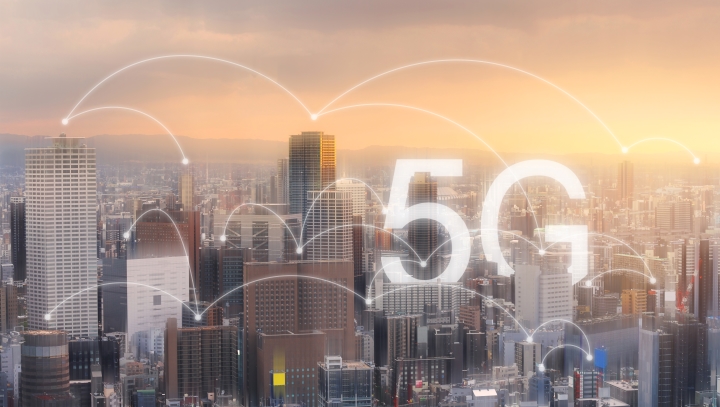 Within Open-VERSO, the Cervera excellence network created to speed up the evolution of next generation mobile communication networks 5G and beyond, we aim at publishing a series of articles with the objective of bringing these new technologies closer to everybody. To get started, some weeks ago we spoke about new paradigms that 5G networks could open in the field of mobile communications.

In this second article, we will speak about how 5G and Artificial Intelligence could become allies to offer effective solutions to many of the challenges humanity faces, beyond purely technological aspects. We will also address the advances that 5G brings when compared to its predecessors, and how, thanks to advances in connectivity, coverage issues will be a thing of the past in a few years.

In the last years, Artificial Intelligence (AI) has opened a path towards more and more aspects of our day to day life. From autonomous vehicles to facial recognition systems to unlock smartphones, this technology has become a tool for everything, able to achieve unthinkable feats and of comparing with and even to outperform humans in many problems that were unimaginable for computers up until recent years.

Artificial intelligence groups a set of systems with the capability to classify objects or to take decisions from context information and reference data. As an example, a facial recognition system “decides” if the person with the phone is its owner using a mathematical model which allows to compare the face in front of the camera with the face used to set up the user in the phone. On the other hand, an autonomous car detects, through different sensors, the environment around it, determines where the road is, which obstacles there is in its path and which traffic signals there are in the road, to drive as safely as a human.

Despite this almost ubiquitous presence of AI, cellular networks have not made extensive use of it. Although the smartphones themselves and many of the most common applications that users install on them use it to improve their services, that is not the case for telephone networks. 5G is intended to change that situation, for every aspect of the mobile telephone network. In this article, we will focus on some aspects of the telephone network antennas that can benefit from AI.

One of the problems that telephone networks face is that it is frequently hard for the network to understand what worsens its users’ coverage. Telephone network antennas and phone terminals share a lot of information so that the network may know as precisely as possible how well users receive information and adapt as well as possible the communication to the location and environment of the phone terminals. But, the network is usually “deaf” to other effects which may degrade the communication, such as systems outside the network which are “speaking” (or even shouting) at the same time as the users or the telephone network antennas, affecting the communication between the antenna and the mobile phone. In these situations, AI can add a sixth sense to the antennas, allowing them to detect the presence of these systems (whether they are malicious attackers, faulty equipment or unauthorized communications), obtain information about them and even determine their location. This allows the network to take measures against those attackers or faulty equipment, and, also, to take into account when they are connected to avoid speaking at the same time as them.

On the other hand, much like AI allows autonomous vehicles to drive, it can also help telephone networks to make better choices about where and how to speak which each of the phones within their area. Currently, these choices are made based on manually configured rules, which do not take into account all features about a specific area and which do not easily adapt to changes. An antenna located in the middle of the countryside will have a small number of users, and it will not be able to adapt quickly to the presence of lots of people in the area (for example, due to tourism or a music festival). Employing AI, we can add much more information to the choice of how and when to communicate with each device, so that the network can learn by itself which is the best way of achieving the best connectivity to all the phone networks in its area.