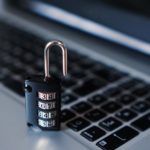 The digital transformation of enterprises is not a secondary issue for the future in the business landscape. The Global CEO Outlook 2015 published by KPMG, reveals digital transformation as one of the most important priorities for managers. In fact, according to this study, 56% of executives believe their company is likely to be transformed within three years in a very different entity to which it is today. This transformation will necessarily involve the digitalization of processes and the use of data generated both within and outside the organization. Innovation in Information and Communications Technologies (ICT), as we see, will be the key tool to implement a strategy of digital transformation.

However, there are certain barriers that may slow down its implementation, such as the fast-paced changes in customers behaviors, uncertainty about which technologies will provide the best results for each specific scenario, or the lack of investments in innovation. 46% of the first spanish executives declared in the above mentioned study that innovation is one of the most critical challenges within their companies.

Cybersecurity, one of the main challenges

The new processes, tools and paradigms that result from the digital transformation of companies have their own security problems. In this regard, we discover a disturbing fact: Only 28% of Spain’s leading executives surveyed by KPMG say they are «fully prepared» for a possible cybersecurity incident. In addition, the only preventive measure that has adopted most of the respondents is the recruitment of a cybersecurity manager.

Especially for the financial sector, the issue is overwhelming. According to the report Financial Services Technology 2020 and Beyond, published by PwC, cybersecurity is now the sixth major concern of top executives of financial institutions… and it seems on the rise for the years to come, because (mostly but not only) of the rapid growth of the Internet of things (IoT) and other data centric technologies.

A not-so surprising scenario after all. According to the Spanish government, Spain was the third country with more cyberattacks. Also, Spain’s Ministry of Interior Affairs has already warned about 100,000 attacks for 2016. 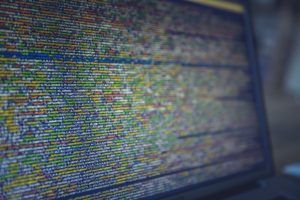 Reasons to be (moderately) optimistic

Another study, conducted by CGI, reveals that security is starting to become a differentiator for 62% of the organizations within its digital transformation strategy. Moreover, it appears that cybersecurity policies are already walking the path from reactivity and compliance to proactivity and focus on integrated security. And even more, security and cybersecurity are now in many cases a part of the value proposition of companies.

Innovation for security and cybersecurity

As the ICT Technology Centre of reference in Spain in cybersecurity, Gradiant is one of the founding members of ECSO (European cybersecurity Organisation) to which the Centre brings its vision of innovation in the field of security and cybersecurity.

Gradiant’s path in this matters are supported by the development of a large number of secure solutions, often tailored to the needs of its customers, and applicable in different environments. Follow the principles of security and privacy by design, Gradiant considers many different aspects in its developments, such as confidentiality, privacy and integrity of information.

Gradiant’s solutions, such as those based on anonymisation of data (which allows analysis while preserving the privacy and the identity of the user), allows the Centre to guarantee secure data processing. Moreover, Gradiant’s solutions based on homomorphic encryption and hardware security modules (HSMs) allow operations using encrypted data. Gradiant also develops tools to ensure data storage with high availability backups and efficiency, thus providing security at all levels. Gradiant is able to take advantage of its experience in embedded systems and wireless communications to apply the paradigm of secure IoT real use cases, where security plays a key role: for instance, Car Easy Apps (a project in collaboration with PSA Peugeot Citroen , Altia, Imatia and CTAG) has defined a secure communications protocol for exchanging data within a IoT scheme. In addition, Gradiant also works in the field of multimedia security, to ensure integrity and traceability of multimedia documents. Their biometric technologies, based on facial, signature or voice recognition tehcnologies,are applicable in many different scenarios. The video signals processing and intelligent video analysis allows Gradiant to automate and simplify monitoring and surveillance in complex natural environments (for real time video surveillance or  real time analysis of UAVs video feeds).