Skip to content
Home > Noticias > Svilen Dimitrov, from DLR, is doing a scientists exchange at Gradiant within Liftgate Project
Dr. Svilen Dimitrov from DLR, the German Aerospace Agency, is doing a scientists exchange at Gradiant for four weeks. This exchange is possible thanks to Liftgate project, cofunded by European Commision tru its 7th Framework Program.
Dimitrov is MSc from the University of Bremen and PhD from Edinburgh, being his area of ​​expertise satellital communications. In addition to the German Aerospace Agency, Dimitrov has worked at EADS, and has taught at the Universities of Edinburgh and Bremen.
During the next four weeks, Dimitrov will exchange knowledge, experience and knowhow with Gradiant researchers in specific topics regarding satellite communications and efficient spectrum utilization.
Dimitrov’s visit is one of the activities organized within the framework of the project  LIFTGATE (Lifting up the potential of the Galician Telecomms Center), which is cofunded by the European Commission through it Seventh Framework Programme.
LIFTGATE seeks to build on Gradiant’s research and innovation capabilities so as to position Gradiant as a center of excellence in R&D and innovation at international level. In this and other European projects Gradiant not only plays the role of a research and innovation center but also acts as a dynamizing element of the international activity of companies in the Galician region. 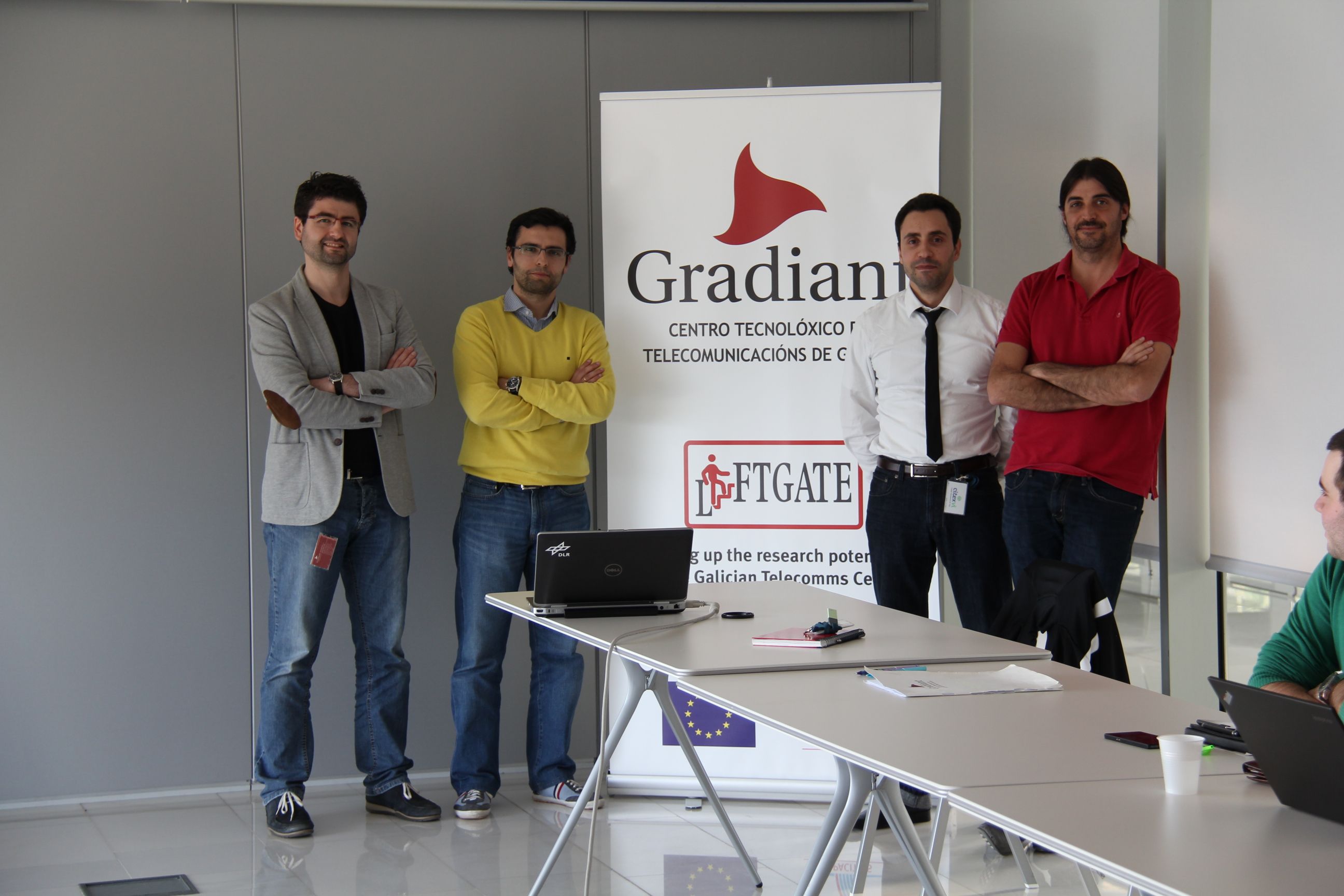