Skip to content
Home > Noticias > Protecting our image in social networks?
The development of communications has increased the amount of personal information being generated, and made it hard to control. Part of this rise is has been caused by the generalization of social networks, where personal data is shared and generated very fast. This makes us think about its drawbacks in privacy, it is time to wonder if social networks give us tools enough to protect it. 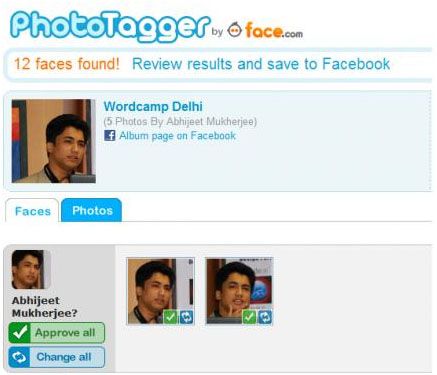 There is a lot of information about us in these networks. Our musical taste, political option or our own image are some examples. This data are accessible for many users who could use them in a dishonest way, as happened to Obama’s speechwriter or the woman fired for one of her comments in Facebook.

Focusing on photographs, self image is considered a personal data, and for that reason it is protected by Directive 95/46/EC in Europe and Ley Orgánica de Protección de Datos in Spain. This implies that social networks must offer tools to ensure that any user can protect its self image in those photographs he wants to. Giving the user different options to configure privacy levels is the most common measure taken by social networks. Facebook, for example, allows you to define different groups of “friend” users with different access permission to your personal information. But, what happens with images shared by another user? We are not supposed to have any control over those images, because its permissions are set by another user.

In order to solve this problem, the first step would be to ensure privacy protection in those images in which we have been identified, as they are easy to find and protect. This has been the starting point for social networks, allowing users to manage permissions on its personal image, even if they are not the “owners” of the photograph. The biggest threats for self image protection are the images in which we have not been identified. Automatic face recognition technologies can help to deal with them. By using the images in which the user has been identified we would be able to obtain a model that would allow the system and the user to have knowledge of the existence of a new photograph containing its face without performing a manual search. The user would be able to conceal its identity in those photographs he wants, obeying this way the personal data protection laws.
In Gradiant we have already worked on privacy protection (in videosurveillance), and we have some experience in facial recognition. However, this kind of application is a challenge for current systems. Development on unconstrained face recognition is needed, due to the variability of the photographs present in social networks (illumination, pose, face alignment, etc.). There is some work about this subject being made in Gradiant, such as automatic pose correction.

Applying facial recognition techniques would suppose a big step to ensure privacy in social networks. However, this would not be enough, because this could not be applied on images for which we have not access permission. Implication of social network service providers is needed to solve this problem, allowing this kind of applications to access any image, regardless of the permissions assigned to it. To make sure this practice does not interfere with the privacy of other users, a solution similar to that taken in PhotoTagger can be used. When the system asks the user for confirmation of the recognition, the only part of the image shown is where its face is, isolating this way the rest of the photograph.