You take the blue pill – the story ends, you wake up in your bed and believe whatever you want to believe. You take the red pill – you stay in Wonderland and I show you how deep the rabbit-hole goes.


Virtualization is a technology that allows to run multiple operating systems simultaneously on a single machine. In a virtualized environment, each operating system has the illusion of living in its own real machine, available entirely for its own. This requires a program (called virtualizer or hypervisor, according to the specific technique used) to be responsible for arbitrating the use of the hardware. To perform privileged operations, it intercepts and simulates their effects on a virtual device, also simulated. Thus, when an operating system thinks it is writing on a real hard disk, it actually performs this operation on a file managed by the hypervisor, which simulates that hard disk. The same occurs with network cards, monitors, keyboards, etc. 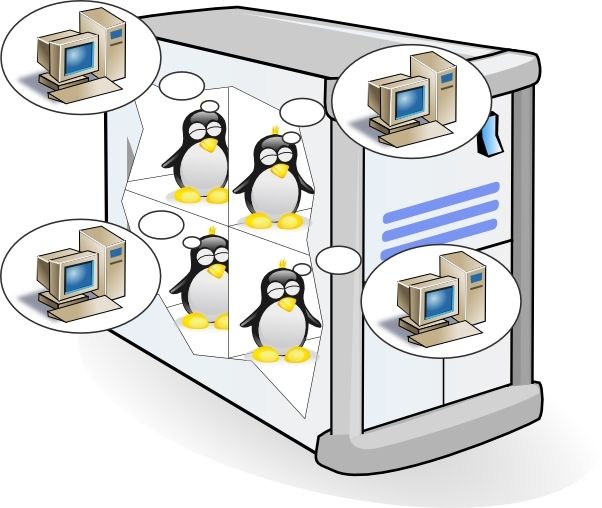 Originally, the PC architecture was not prepared for virtualization, as it was impossible to intercept some privileged operations. This led to the development of two techniques that allowed to circumvent the problem: binary translation and paravirtualization. Today, however, the two leading manufacturers of x86 processors have included built-assisted hardware virtualization capabilities, which allow to create virtualizers able to intercept all privileged operations without any tricks.

There are several applications for virtualization that have succeeded in recent years:

In Gradiant we are currently working on several virtualization-based applications, exploiting its advantages to bring new services to personal computer users. For example, as part of the Avanza GAMETEL project we are delivering PC learning contents to low-end set-top-boxes.