The LIFTGATE project (Litfting Up the Research Potential of the Galician Telecomms Center) continues to generate personnel exchanges between Gradiant and established research institiutions from the EU. Funded by the European Commission through the action REGPOT belonging to the Seventh Framework Programme-Capacities, LIFTGATE aims to improve Gradiant’s research and innovation as a way to raise the center’s competitiveness at European Research Area (ERA) level in a number of ICT topics, such as multimedia security and satellite communications. 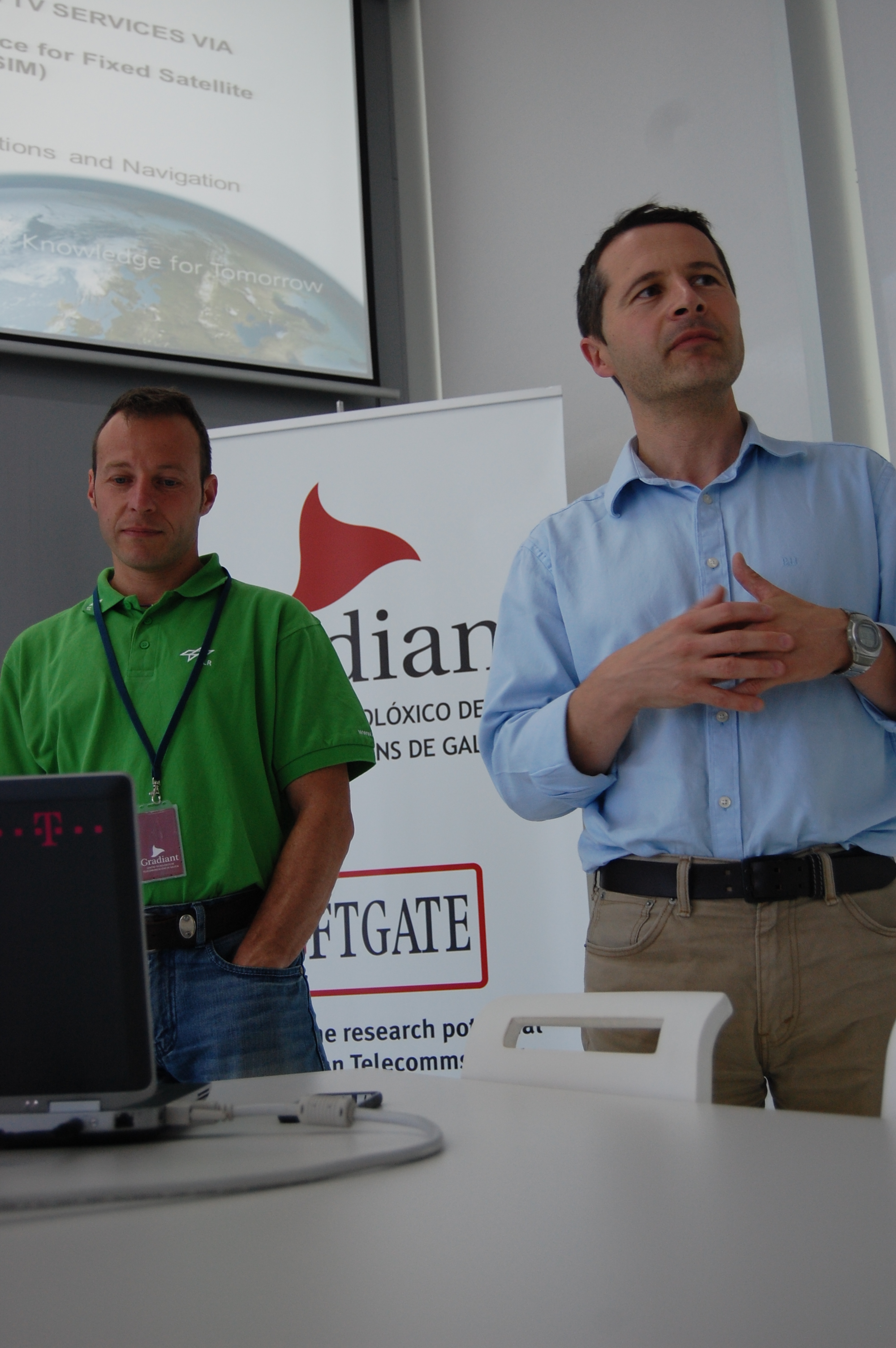 Satellite communications are in fact the topic of the most recent personnel exchanges that have taken place between Gradiant and the German Aerospace Center’s Institute of Communication and Navigation. The German Aerospace Center (commonly know as DLR — Deutsches Zentrum für Luft- und Raumfahrt) is a prestigious research establishment with a long track-record of scientific achievements in the aerospatial domain over the last 45 years.

Gradiant has performed a series of personnel secondments with DLR over the last months with the purpose of know-how exchange on the design of new-generation transmission systems for satellite communications. Firstly, our researcher Dr. Gabriele Boccolini spent two weeks during February at DLR’s Satellite Networks (SAN) Department of the Institute of Communication and Navigation. Then, Gradiant hosted SAN’s researcher Dr. Svilen Dimitrov during a 4-week stay in March. The series of personnel secondments finished last week after a three-week stay that the Director of the DLR’s SAN Department, Dr. Sandro Scalise, spent at Gradiant’s premises. 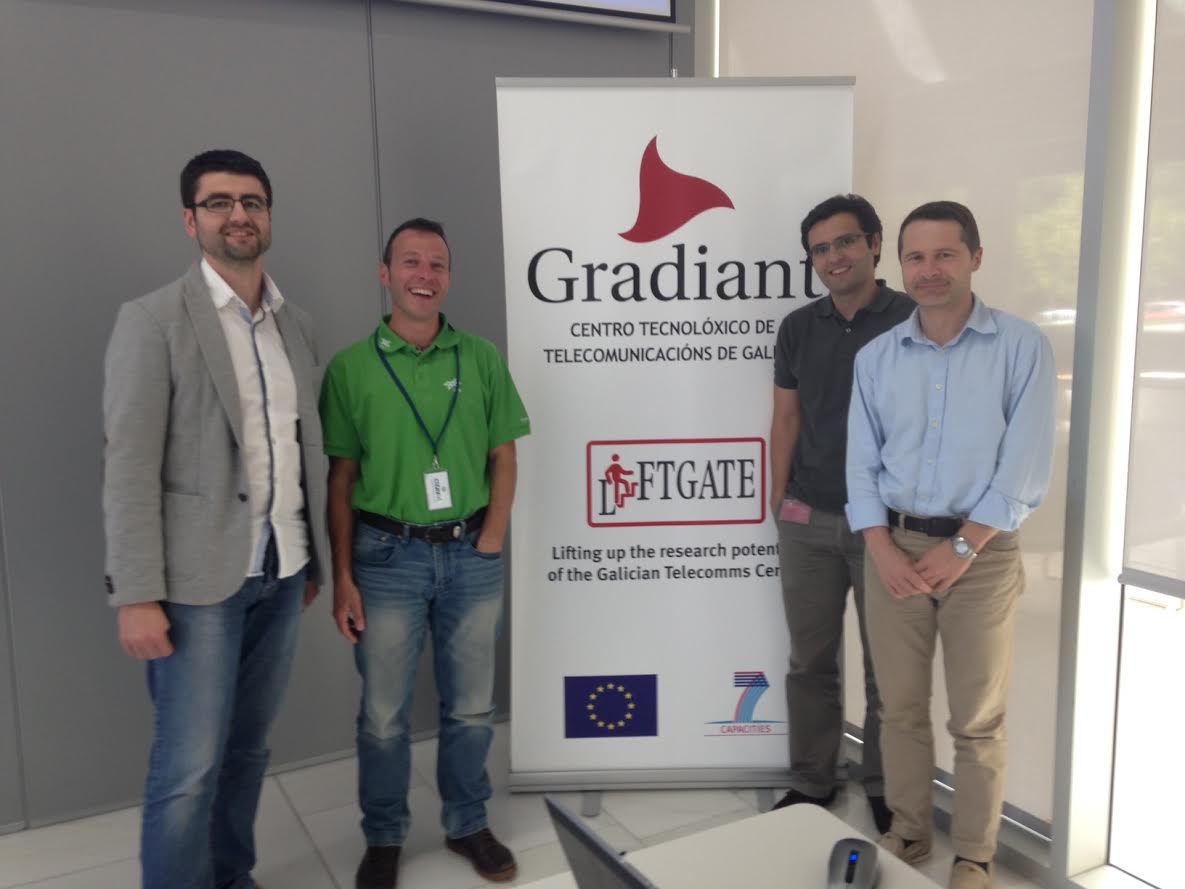 Through a series of working meetings and technical talks (see pictures) Gradiant has had the chance to get acquainted with recent research efforts on new generation satellite communication addressed by DLR’s SAN Department.

The benefits of the personnel secondments that take place within LIFTGATE are not only of technical nature (improving Gradian’s know-how in specific research topics), but also of institutional nature, since these actions help establish durable links with prestigious research entities such as DLR.

Satellite communications is one of ICT sectors where Gradiant has been investing efforts over recent years, not only within LIFTGATE but also through its participation in other EU-funded research projects such as BATS (also funded by FP7).