These devices are so affordable that in recent years a new hobby known as ‘high altitude ballooning’ has emerged, in which the small payload includes all sorts of electronics, sensors, GPS, cameras … 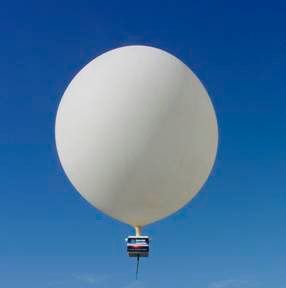 Technological development has led to considering stratospheric balloons as low-cost solution to provide telecommunication services. The idea is to use small high-altitude balloons as the nodes of a cellular communication network, which is an inexpensive alternative to conventional mobile networks, as to HAPs (High Altitude Platforms) based on aircrafts. Logically, these systems make sense in sparsely populated regions or rough terrain, where permanent infrastructures are too costly.

Not long ago, Google showed interest in balloons to support new wireless communication networks, even evaluating the purchase of Space Data Corporation. Its platform SkySite provides communication services in the 900 MHz band to large areas for civil and military applications. This solution allows for remote voice and data communications in minutes, being particularly competitive compared to other systems. It may cover vast rural areas at very low cost, enabling mobile broadband services through CDMA digital networks. 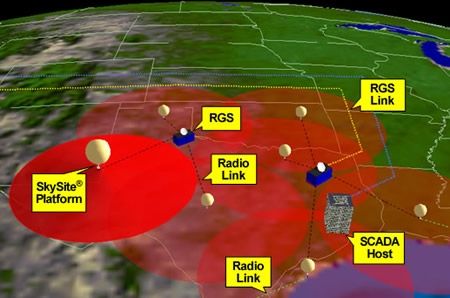 Balloons, along with their electronic equipment, ascend to an altitude between 20 and 30 km, each of them covering over 600 km in diameter. One aspect to consider is their limited lifetime, requiring periodic replacement. Each balloon floats freely for about 12 hours until it leaves the service area or it batteries get exhausted. At that time, the balloon expels its helium and the transmitter returns to earth assisted by a parachute and a GPS that reports its position during the descent, allowing for easy recovery.

Undoubtedly, there are many technical challenges to face, but this concept shows that efficiency is not a synonym of complexity. As stated by Space Data: “To cover every square mile of North Dakota, it would take 1,100 cell towers. We can do the whole state with 3 balloons.”
Currently, Gradiant, in partnership with Quobis Networks, Spain, studies the applicability of low-cost captive balloons for the deployment of WMAN networks, incorporating technologies such as WiMAX Mobile.