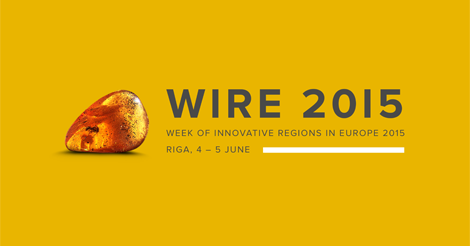 Gradiant has participated as a speaker at this year’s edition of WIRE (Week of Innovative Regions in Europe), the European forum of reference for the analysis of innovation policies from regions of the European Union. The WIRE 2015 conference, which took place in Riga, has been co-organized by the Latvian government and the European Commission, and has focused on analyzing the implementation of smart specialization strategies (RIS3) that are beginning to develop from various European regions.

In his guest lecture, Gradiant explained the successful results of the European project LIFTGATE (FP7-REGPOT), and how these have increased the Centre’s capacity to perform its mission of technology transfer and innovation to foster Galician companies. In this regard, the assessment of the project in Europe has been excellent: Dimitri Corpakis, fom the Directorate General for Research and Innovation of the European Commission, said that the example of LIFTGATE is “the essence of synergy (…). amplifying the effects of public investment in R & D “.

In this regard, it should be noted the ongoing commitment of Gradiant on attracting European funds. The track record during the Seventh Framework Programme (FP7) has been especially bright, with participation in seven European projects, and in the short time that has been active in the new Horizon 2020 program, Gradiant has managed to participate in two more.

Gradiant reinforces its position as the perfect partner to assist companies of Galicia and Spain in its internationalization through European projects.

The strengthening of the OPE (European Project Office) at Gradiant is another example of its commitment on internationalization and on increasing the participation of Galician companies on projects funded by the H2020 program.