Skip to content
Home > Noticias > A report about Gradiant is recorded by TVE
Szena production company has sent a recording team to Gradiant to record an interviw with Fernando Perez and the demos of the biometry projects. Daniel Gonzalez was who has presented that.

Last Tuesday, we have received the visit of a recording team in the Center installations. A report was recorded and it will have a duration about five minutes and will be included in a documental series about R&D in Spain. It will be structured by regions and Gradiant was chosen as one of the R&D Galician representative. The program will be broadcasted by La2 and by Canal Internacional RTVE, predictable in Autumn. 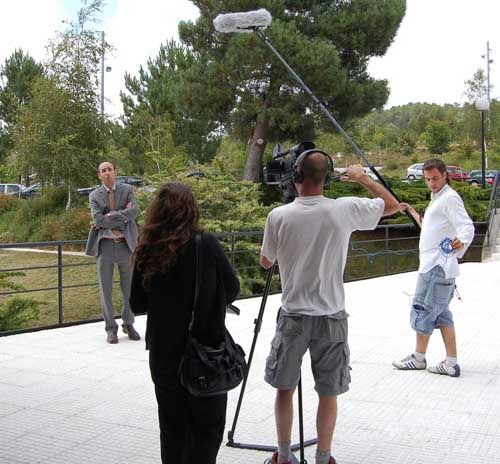 They made an interview with Fernando Pérez and they recorded the demonstration of the different biometry projects too, as the access control, the automatic face recognition or the automatic face concealing. In this context, Daniel Gonzalez, coordinator of the Task Force in Multimodal Information, was interviewed too.