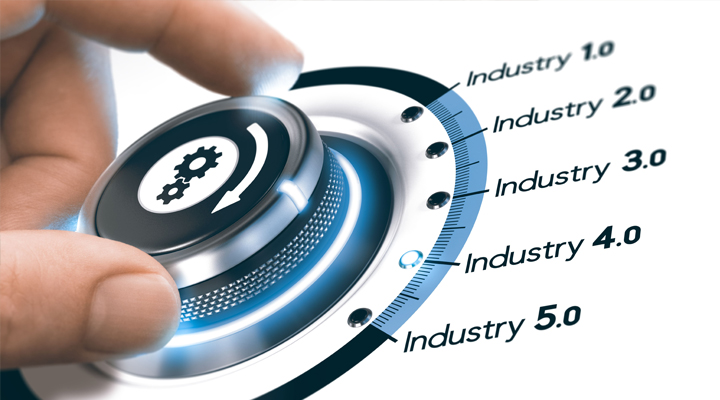 In 2016 we started to talk to you about the Fourth Industrial Revolution and how it would encompass the entire value chain. Four years later -and with much more experience in the technologies that will be the enablers and protagonists of this success- we bring you a new GRD Tech delivery in which we will talk about Industry 4.0 and its disruptive technologies.

IoT, integration of legacy components, artificial intelligence, security, privacy… Daniel García (DG), Head of Industry; Miguel Regueiro (MR), Business Development Manager and Alfonso Lorenzo (AL), Technology Transfer Manager, tell us at what point in the fourth industrial revolution we are, what will be the greatest challenges that the factories will have to face and whether or not the technologies involved will be safe.

Industry 4.0 has been one of the most popular terms in the technology sector in recent years. But can we say that it has stopped being a hype and is now a reality?

DG: If we start from the concept of the new industrial revolution, we cannot say that we are already fully involved in it, to a large extent we are still doing things as they were being done but more optimized. There have not yet been any revolutionary changes in production and manufacturing. But if we look at the road to that fourth industrial revolution as stages, we can say that we are already in the first stage, focused on improving operational efficiency. We will experience the most profound changes during this decade, but it will be later that the change in the model of manufacturing and production will take place.

The idea behind this future change is that we will move towards greater product customisation, which will require flexible processes, a hyperconnected supply chain and everything working much faster. To move completely to a pull economy in which the customer demands a product with certain characteristics and the company reacts to the specific demand; this is closely linked to servitization (move to a service-oriented model), in which factories will be built with flexible components to create different products.

How can we help companies make the technological leap?

DG: The technologies we are currently working on are summarised in our pillars: connectivity, intelligence and security. At the connectivity level we can talk about the application of the Internet of Things (IoT) to capture plant data and the use of communications architectures that are flexible and adaptable to ease the integration of legacy components. It is still conceived as “high technology” that is not available to everyone, when it is not true. The important thing is to tackle small problems that can solve major complications for companies, where a small investment can have a huge impact on the business.

AL: The biggest enabler of Industry 4.0 is the availability of data. We usually come across companies that do not have data and need tools to capture it. And everything we do revolves around data. From communications with systems to receive and transmit data; to artificial intelligence, which analyses that data to predict events and, finally, to apply the necessary security layer during the entire cycle of use of that data. We ensure that this data is not only acquired and transmitted securely, but also that it is safe when it is consumed.

MR: At first, we focused on making connectivity technologies. Now, we have gained a lot of experience working on intelligence and we have started to develop security technologies. Based on what we discussed earlier, we first connected machines, then started processing the data and finally the main thing is that no one steals that data.

DG: That’s right. You can collect as much data as a company wants, but if you don’t draw the right conclusions in order to make good decisions, the data alone is useless. And there is where we place value on data collection. In this aspect we help the industry in quality control, in the optimisation of production planning, in predictive maintenance, in the detection of anomalies, in the prediction of demand, in the prevention of occupational risks, etc. With regard to security, the transversal part of the whole process, we take care of protecting privacy and confidentiality of data and detecting threats.

In connectivity we already have a great deal of experience in connecting multi-brand equipment and different protocols, for which we have developed tools such as Clever; and we are also supporting the implementation of 5G in the industry.

What is the biggest challenge faced by companies in the transition towards the ‘factories of the future’ paradigm?

MR: Often the problem is that day-to-day life does not allow them to think about change. Fifty percent of companies have so much work they don’t have time or don’t dare to do it. The short term does not allow them to see the future. On the other hand, there is the existence of legacy systems, which, as Daniel said, is usually found in factories. This is a first investment for which it is necessary to draw up a plan over several years that will allow improvements to be gradually incorporated.

DG: And in many cases they do not have a strategic plan regarding how to undertake this digital transformation either. There is a hype with Industry 4.0 that drives them to do things, but companies themselves must have a long-term philosophy to consider where they want to be in 5 or 10 years, how they are going to get there and in which parts of the company they are going to undertake the changes. And to achieve this, a good technology partner is needed to accompany them on their journey. We are realising that a role with knowledge of production processes as well as technologies is increasingly necessary.

MR: Indeed, the figure of the digital transformer who leads this process is fundamental. It is a role that, if not assigned to one person (or group of people), will cause the whole process to fail. It is true that some large companies have people in their teams who work on constantly improving efficiency, and whose work leads them to undertake the digital transformation; but the usual situation (at least for the moment) is that almost no company, especially SMEs, has this figure.

Will the Fourth Industrial Revolution be safe for users and companies?

DG: Industry 4.0 will be secure because all the actors involved will be obliged to contribute to its protection. We cannot let all the responsibility fall on technology. It is necessary to train people in security matters; the use of technology from the most basic, from firewalls in the field to advanced algorithms that detect deviations and anomalies, and also to avoid transmitting information unencrypted. Security by design must be very clear from the beginning of the digital transformation process.

MR: The more connected, the more risks there are. If somebody manages to paralyse for example a stamping machine for three months, it can mean the end of your business; or if they enter the hard drive where the customer database is stored, it can mean losing the business of the last 10 years. In the end it’s not so much that they steal data, but that they shut down production.  Actually, the weakest link are humans and our bad practices. There is, on the one hand, the need for protection and, on the other hand, the need to detect when humans fail.

How advanced is Industry 4.0 in Galicia?

MR: In the ideal of 4.0, factory and suppliers have to be connected. The reality that we find ourselves is that of OEM’s advanced factories with suppliers that are not yet so advanced. In general, there are quite advanced factories, but not entire sectors. It is also important to take into account that, although we have evolved, the goal is increasingly far away. And the process for achieving it is very uneven, so it is important to move forward by seeking the balance between improvement and the necessary expenditure for its implementation.

AL: We are currently working on the second ‘Industry 4.0 Opportunities in Galicia‘ study by ATIGA for IGAPE, which analyses how Industry 4.0 technologies are applied in each sector. We are still working on it, but the first results show that the situation varies greatly depending on the sector. The level of automation in the automotive sector cannot be compared with that of the stone sector. The incorporation of technology is quite polarised.

DG: In general, and taking into account these studies, the automotive industry is the most advanced, both in Galicia and worldwide. It has been the first to reach 3.0 and the one that is better positioned to reach 4.0. On the other hand, in the agro-food sector, the most important companies are increasingly involved in the transition to Industry 4.0, but there is a great disparity. If we focus on the long term, and from a competitive point of view, the latter is probably one of the sectors that will benefit most from digital transformation. An example of this is our participation in the intelligent factory project together with Congalsa.

How do you think the health crisis is affecting companies?

AL: During these months the consumption wheel has slowed down. Most companies have not been able to turnover, which has led to a general financial liquidity problem. And Industry 4.0 requires investment. Given this lack of financial liquidity, the economic effort of these companies and a national R&D strategy to promote this investment will be the determining factors to the acceleration of the digital transformation.

DG: Precisely, those companies that have already made investments in this field are going to have less problems, provided that they were already following this type of strategy before the crisis. Therefore, they will have greater capacity to decide which technologies to implement in those areas that will have the greatest impact. And this will allow them to be more competitive.