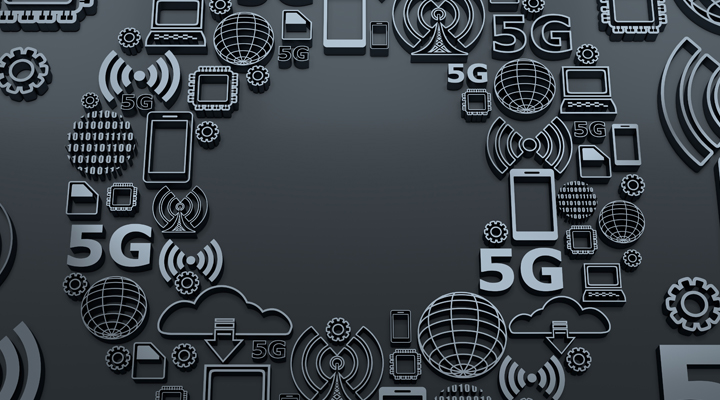 How many times have we heard about 5G? A new technology that will change the way we communicate, some say. Others speak of it as a death trap that will control our minds. At Gradiant we are a bit skeptical about the second version, so we decided to study this new network aiming at finding functionalities that may be useful for the industry.

The possibilities that this technology opens up are almost endless and there is still much to investigate. However, our intention is that anyone can understand the work we are developing within the framework of Open-VERSO, the National Network of Excellence in 5G and future technologies of the Cervera program, and thus we will publish four articles in which we will explain our main areas of work.

In today’s article, we will explain in a simple way what the new non-orthogonal (NOMA) and in-band full-duplex (IBFD) access schemes consist of, and how they can improve our connectivity.

Human communication is a good starting point for understanding how today’s digital communication systems work. For example, in a conversation each participant waits for its turn to speak, and normally no two people are speaking at the same time. Separating interventions in time allows us to clearly understand all the participants. Alternatively, when listening to a duet one can appreciate the voice of one singer or another thanks to the harmony. In this case, although both singers speak at the same time, their voices can still be separated thanks to each one’s intonation. Clearly, if one of the two were to sing a completely different melody (or out of tune), the song would sound distorted and it would be difficult to follow. And the same would happen with a conversation that does not follow any kind of order.

Well, in current communication systems similar techniques are used to ensure that the exchange of information between several terminals occurs in an orderly manner. In particular, Time Division Multiple Access or TDMA schemes are based on the premise that, at all times, there is only one terminal transmitting and all the others act as receivers until it is their turn to transmit. This scheme would be analogous to human conversations, and just as it happens among us, if they all broadcast at the same time, none of them would understand each other. On the other hand, the terminals could transmit at the same time if all of them applied some harmony to their signals. In this way, a receiver could still distinguish between the different transmitters by paying attention to the pitch of each one, which is known as Frequency Division Multiple Access (FDMA). Finally, there are communication systems where both ideas are combined, so that several transmitters can simultaneously intervene in a conversation, but maintaining a certain synchronization over time and also singing carefully elaborated melodies. In this way, a receiver with a well-trained ear can still separate and understand all of them. An example of this is found in what is called Orthogonal Frequency Division Multiple Access (OFDMA). This scheme is the one used by mobile phones and base stations in 4G and 5G networks.

The future of 5G technologies

5G technologies are in continuous evolution, and for this reason new access schemes in which terminals do not need to keep a strict time synchronization or use complex harmonies for their conversations to be comprehensible are being researched. An example of this is found in the family of Non-Orthogonal Multiple Access (NOMA) schemes, in which Gradiant is working within Open-VERSO.

NOMA schemes comprise a series of techniques that would make it possible to obtain simpler and lower-cost user terminals, or more efficient systems capable of serving more users in the same geographical area. Indeed, PD-NOMA (Power Domain NOMA) techniques are based on the idea of ​​modulating each terminal’s loudness (power), so that any of them can send information when it deems appropriate, without maintaining any type of synchronization or using specific harmonies (frequencies). In these schemes, the receiver can still separate the different conversations by applying what is called successive interference cancellation (SiC), which consists of listening to the most powerful transmitter, understanding his words, and then ignoring them and trying to understand the next most powerful speaker. This process would ideally be repeated until all the received conversations have been separated, and thus simpler mobile terminals would be obtained, as they do not have to maintain any synchronization with each other or with the receiver.

Other NOMA techniques such as SCMA (Sparse Code Multiple Access) allow some terminals to overlap once in a while and in a controlled way, although they would still be forced to maintain a synchronization in time and to use the same special harmonies as in the OFDMA case. Thanks to this, the same base station could serve more users within a given area.

For all these reasons, in Open-VERSO Gradiant is developing systems that exploit PD-NOMA and SCMA techniques for 5G communications in the field of the Internet of Things.

On the other hand, in-band full-duplex (IBFD) allows to improve the efficiency of a communication system by making it possible for two participants in the same conversation to speak simultaneously and understand each other without the need for any kind of harmony. The key to achieving this is what is called active self-interference cancellation, which consists of each participant subtracting his own voice from what he hears, using a system similar to that of headphones with active noise cancellation. In this way, each participant does not hear himself speak, but only perceives the voice of the other. In the framework of 5G networks, this technology could help alleviate the current problem of radio spectrum congestion, since it would allow, among other things, to reduce the necessary bandwidth for the elements of an operator’s network to communicate with each other. For this reason, in Open-VERSO Gradiant and the Signal Processing in Communications Group (GPSC) of the University of Vigo will collaborate on how to take advantage of In-Band Full Duplex techniques in 5G systems.